Come down to Florida for Winter Florida AutoFest. This year it will take place in the new spacious SUN ‘n FUN complex in Lakeland, Florida. This event is perfect for all ages. There are thousands of collector and classic automotive enthusiasts. This is one of the largest automobile swap meets in the region. Be sure to join in on the fun February 25th-28th.

Feb 19-21st at the OKC Fairgrounds: Leake Auction Company will auction 550 collector cars spanning many decades of automotive history. The public is invited to watch the auction action and check out all of the cars on display. Featured in this year’s auction will be Tom Falbo’s collection of 1967 Corvettes that will be sold without reserve. Leake Auction Company was established in 1972 and has sold over 34,000 units. They currently operate in Tulsa, Oklahoma City and Dallas. Recently they have been featured on several episodes of three different reality TV series “Fast N’ Loud” on Discovery, The Car Chasers on CNBC Prime and Dallas Car Sharks on Velocity. 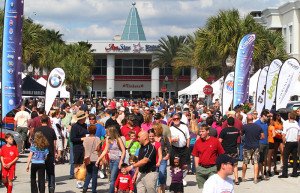 Today is the 12th Annual Cars for the Cure car show at Colonial TownPark in Lake Mary, Florida. This charitable event, hosted by the American Lung Association in Florida, promises to be like no other.Lamborghinis, Bugattis, Porsche, and Aston Martins are just a few of the over 150 cars that will line the streets of Colonial TownPark for the largest charitable car show in the Southeast United States. Central Florida’s 2016 Cars for the Cure will showcase an array of the most distinctive and unforgettable cars from around the world, with proceeds from the day long, family festival to benefit the American Lung Association in Central Florida.
Some really great clients and friends of the eimports4Less family, Luke and Victoria Nelson, live around the corner from this event and will be there checking out all the hot cars.
Check out the info here: http://www.carsforthecure.com/

Come to the Sumter Swap Meet and Show Winter Extravaganza 2016. This is the 23rd Season. This event is open to the public and includes a swap meet area, car corral open, a car/truck show, and lots of food.  You won’t want to miss out on auto-motives and antiques. Come out February 12th through the 14th for this weekend of fun.

It’s official, the Scion brand was killed by Toyota yesterday and

they made plans to absorb some of the Scion models as Toyotas.
Scion never hit their target of attracting young, hip buyers and instead
the same boring old folks who buy Camrys just bought the Scions.
Scion never hit any of it’s sales targets and was a total disappointment
to anyone involved with the brand.
In 2015, Scion sold a shade over 56,000 vehicles, which amounts to
about two months’ worth of Toyota Camry sales.
Good Riddance!

Are you a fan of cars? Come out February 13th to the McKee Botanical Gardens in Florida. This exhibition is showcasing brands that are no longer being made. It will consist of 40 extinct motorcars. Come check it out!